Home / Our Testimonials
â€¹Return to Previous Page
Leave A Testimonial

I had several records that, due to their poor condition, were sounding flat and the surface noise was distracting. I came across the Audiozomba website and thought I would see how these records clean up. After Phil’s handywork they look great, but more importantly there is a significant improvement in the sound quality – similar to upgrading your system, you want to listen to the records again to appreciate the difference. Now I’m looking through my collection to identify another batch for cleaning.

A terrific and very efficient service. The records came back to me looking and sounding like new. Five stars!

Recently I discovered that the LPs in my collection in appalling condition; i.e. mostly unplayable as they had suffered badly from being stored in a damp environment. There were visible patches of mould, mildew and other contamination on the surface of the discs. In fact they were so badly deteriorated that the stylus of the record player wasn’t even able to stay in the grooves, it kept jumping and skipping across the surface.

Phil at Audiozomba carried out his 6-stage cleaning service and the results were amazing. After undergoing this treatment most of the records were literally transformed into nearly new condition!

I highly recommend this service to anyone as it’s very reasonably priced given the rewarding results to my old records; I was on the verge of chucking them all in the bin and trying to buy replacements so this has definitely save me a lot of time & money.

Wow. I’ve been brushing my AT Microline stylus religiously after every album – and occasionally dabbing it on a gel pad for the more stubborn gunk. Having said that, I thought I would give this ultrasonic cleaner a go – and after spending a couple of minutes to make sure I got it right, gave my stylus a clean. The amount of treble definition that I suddenly heard on the next album I played was frankly a revelation, I guess you don’t know what you’ve lost until you get it back, right? Super easy to use, this is highly recommended!

I used AudioZomba to professionally clean around 160 discs. These were a combination of LPs and 12″ singles, many of which hadn’t been played for years. I was delighted with the results – the cleaning process really brought these discs back to life. The whole process was rapid and efficient.

Got my records out of the loft after 15 years, decided to get them cleaned so took 10 to Phil to see how they came out. Ended up taking 1,400 records to him. Best thing I done and really happy with all my records professionally cleaned. Got new outer sleeves where necessary and Phil gave every record back in a new anti-static rounded poly inner sleeve so the entire collection is restored. Genuinely can not recommend doing this enough. I found Phil to take great pride in his work and his work ethic is faultless. You can see he loves vinyl and this seems more of a hobby for him. Great guy and great service. My nostalgia is at 100%. Thank you personally from me Phil, it does mean a lot to me so thanks. 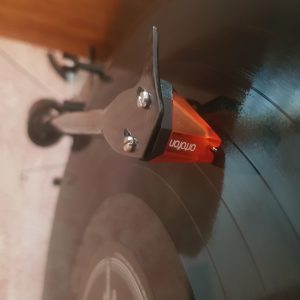 I had previously tried to clean my records using a two stage process bought from Amazon which was awful and actually made my records worse.
Having spoken to Phil at AudioZomba I decided to entrust my records to his care and comprehensive cleaning service and am absolutely delighted with the results.
The music does sound better but it’s actually what you don’t hear which is most noticeable in that those annoying pops, clicks and crackles I would hear have gone.
The run-in groove and track separations are now just so quiet, in all honesty my records have never sounded so good and would liken their sound to a modest upgrade.
For me it’s now a real pleasure to sit back and fully enjoy my music and record collection.
I would also recommend AudioZomba’s Dust Magnet which is so simple to use and gives me total piece of mind knowing that now both my records and stylus are performing at their best.

Thanks for dispatching so quickly. Valves are in use in a pair of active speakers. They are made in China and had cheap Chinese valves for the output. I’ve just had them recapped with high quality caps and the Russian military valves have upgraded the sound even further. They’re actually near field monitors and for the first time they sound as they should. I’m amazed. Very happy with the valves and cost versus level of upgrade.

Thank you very much.

Mobile version: Enabled
Back to top

Use the search box to find the product you are looking for.

No products in the cart.